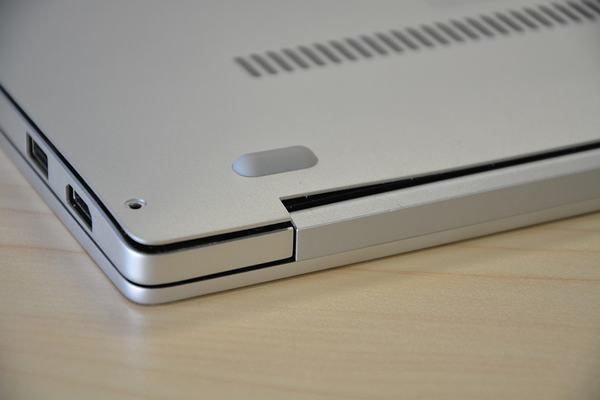 Thermovent on the bottom case When the bottom case was removed, you can access the battery, SSD, speaker, heat sink and cooling fan. The battery is produced by Korean company LG, rated voltage of 7.6V, the rated capacity of 5107mAh, 39Wh, charging limit voltage is 8.7V, the battery life of more than five hours. 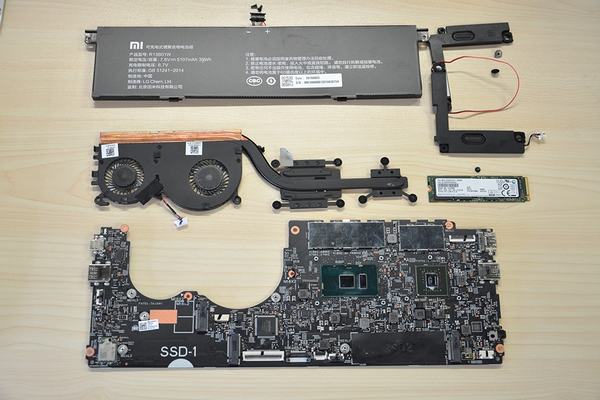 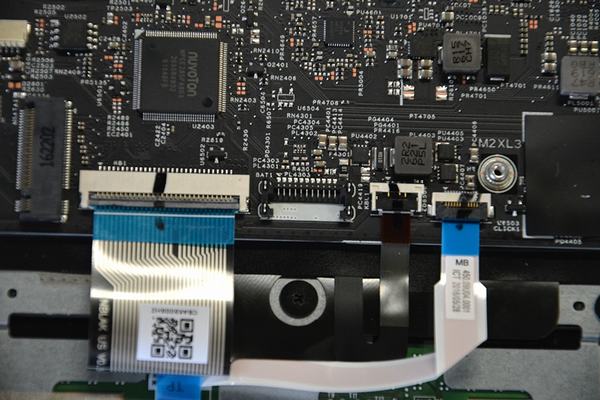 We can see the right side of the touchpad with the laptop assembly date. 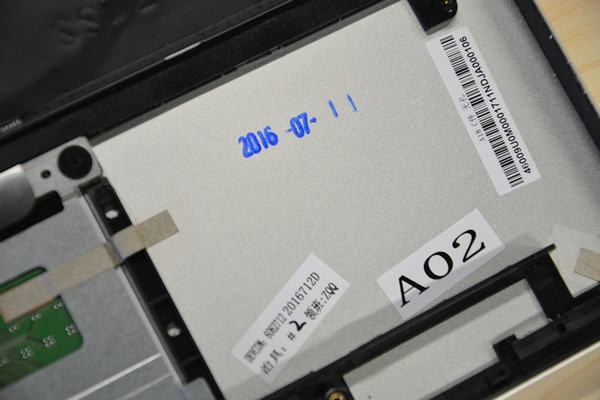 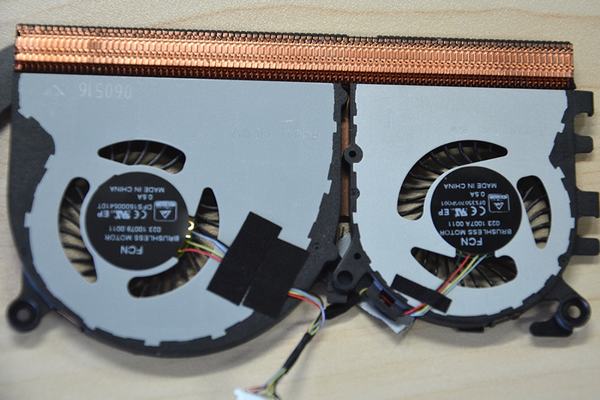 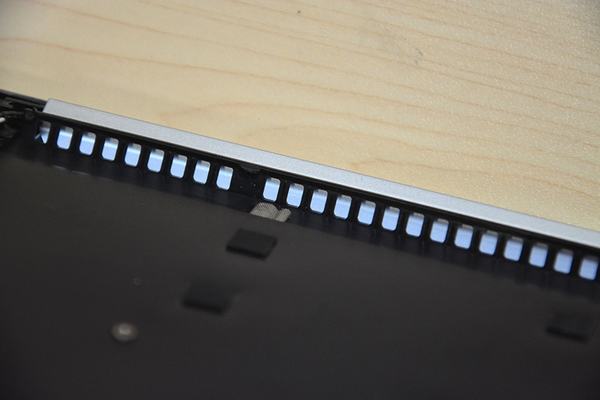 Intel Dual Band Wireless-AC 8260 wireless card, the card is soldering on the motherboard. 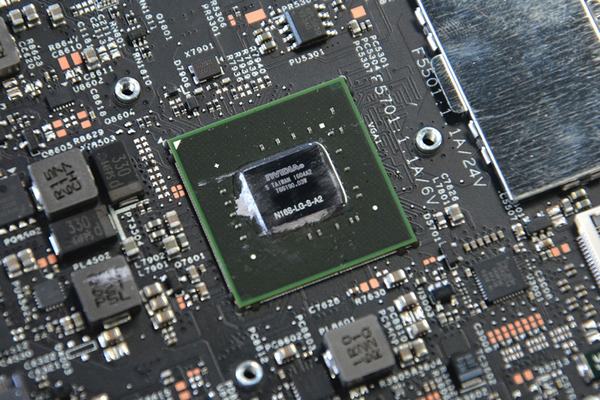 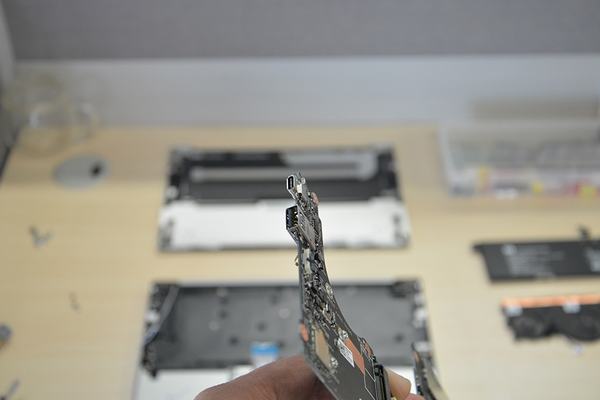 Under the motherboard, you can get access to the keyboard and touchpad. 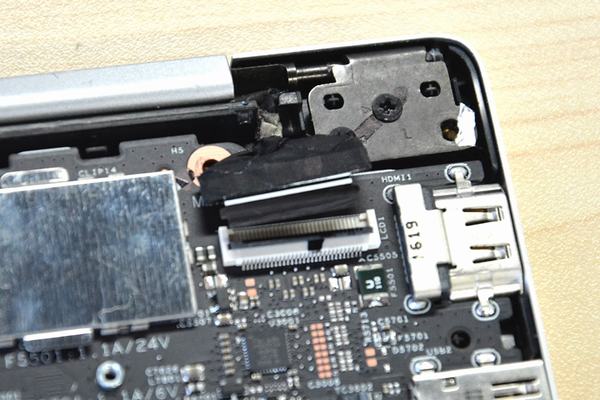