OLED, HDR, 4K, 10bit, these familiar terms are often seen in the field of television and mobile phones. They represent vivid and accurate colors, clear and sharp details, and high-contrast images with rich layering. The visual experience brought by them is irresistible. However, in the middle of the size of TVs and mobile phones, most laptops and desktop displays are still stuck in traditional TN, IPS, VA display panels, especially laptop computers. There are few products that can be hooked with the above four terms. Even the most easily realized 4K resolution has been repelled by 1080p after a short rise. 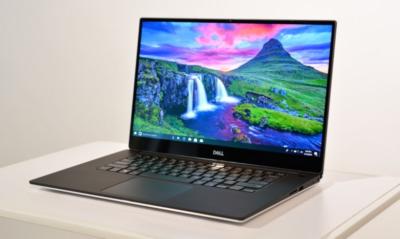 Why do we fail to see the popularity of OLED screens in laptop products? The reason is that there are a few laptops with OLED screens, but they have not even made a wave in the market.

As early as 2017, Lenovo and alien have launched products that use OLED screens, but the price alone has dissuaded most consumers, and because of the small volume of shipments, the reliability and after-sales aspects are worrying. Now we can also buy new notebook products with an OLED screen. Dell, Gigabyte, Razer, and Asus all have their own products, but I believe most of our friends may not know about them or have only heard about one or two models. why didn’t the manufacturer make publicity?

OLED Laptop now has a common feature, they are 4K resolution. In the field of television, 4K resolution has been fully popularized, even 8K has come quickly, and Sony has launched up to four generations of products with 4K screen on the mobile terminal. However, the notebook evolves from 768P to 1080p and occasionally appears 4K screen models. However, in 2019, there are still a few 4K screen notebooks, and almost all of them focus on business and design products.

Most games have a noticeable drop in the number of frames at 4K resolution
The reason is that, in addition to Windows’ unsatisfactory optimization of UI scaling, it is more pressure on graphics performance. Even the top RTX2080 graphics card on the mobile end can barely guarantee the smooth running of various game masterpieces on the market at 4K resolution, while the mainstream performance graphics cards GTX1660Ti and RTX2060 can only cope with 1080P resolution, so If this mainstream laptop uses a 4K screen, then the game needs to significantly reduce the picture quality or resolution, which will greatly reduce the gaming experience. The 1080P resolution game under the 4K screen is by no means a simple four-pixel display. The content of one pixel will actually cause the picture to blur and flicker.

Therefore, in terms of resolution, OLED is not suitable for current gaming computers. Some friends may ask, wouldn’t it be better if the manufacturer produced OLED screens with 1080P / 2K resolution? Although this is not indispensable, in fact, what kind of screens can be chosen by computer manufacturers, this is what the screen panel manufacturers decide. If you want to provide a screen of a certain specification separately, then the computer manufacturer must bear the high cost of mold opening and Production line costs, and panel makers also bear the risk of sales. For example, JDI in Japan suffered a severe business crisis due to the decline in shipments of LCD screens caused by the decline in Apple’s mobile phone sales.

In addition to the above reasons, the defects of the OLED panel itself have also restricted its development on laptop computers. It is well known that OLED has been accompanied by burn-in problems since its birth. OLED is a self-luminous display technology. When the screen displays the same content for a long time, the organic compound film on the screen surface will age differently according to different brightness states. Loss, which leads to the attenuation of luminous efficiency, which is burn-in in our eyes.

The burning screen has largely restricted the application of OLED
Regardless of whether it is Windows or MacOS, the stationary taskbar and dock bar always exist. Therefore, the OLED screen will burn out after long-term use. No matter how the manufacturer makes optimizations, this physical defect cannot be completely solved, so laptop manufacturers treat it. It’s easy to understand that OLED screens are so cautious.

So is there any hope that OLED screens will become popular in the laptop field? Unfortunately, I personally think that it should not, because the higher cost problem still cannot be solved, so the price of the laptop will be significantly higher than the mainstream price. On the other hand, the problem of the OLED screen burning will cause a higher after-sales repair rate. It is an undesired thing for all manufacturers. What do you think?

Compared to OLED, Micro LED technology may be more promising, but at this stage, it is still limited by the problem of yield, and it is difficult to be listed in the short term. At present, we can see the improved Mini LED based on traditional LEDs, and it is still promising to apply it to laptops. By then, we will be able to enjoy a better picture on the laptop, and the laptop can also add HDR display support.